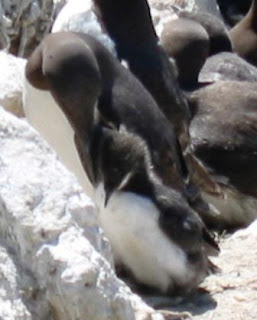 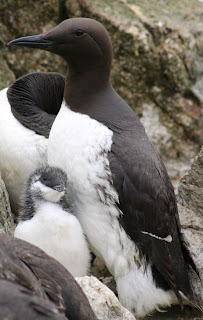 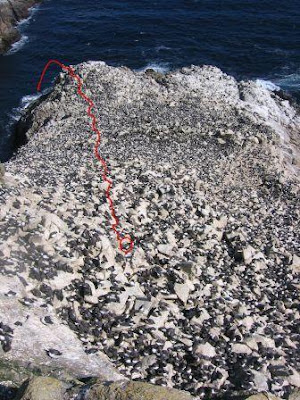 Once the chicks make it into the water they meet up with their dads and swim away from the island in search of food. Once on the water they are relatively safe from predators and will begin receiving their first fishing lesson. Murre dads continue to stay with and care for the chicks for about 2 months, but the chicks learn to feed themselves after only about a week on the water. With any luck these chicks will grow up fat and happy and return to the island in 5 to 6 years to find a mate and a territory of their own to call home.
4 comments: