As the Northern Elephant seal breeding season is winding down, and coming to an end the Winter season crew enters a mode of reflection, of seals, life, and the island. Most of the Southeast Farallon islands’ locations and structures have names, many of which haven’t changed since the 1800’s, and has allowed for an incredible etymological hunt revealing some hidden history of the island. Here are ten of some of my favorite locations on the island, and a bit of the history behind them. 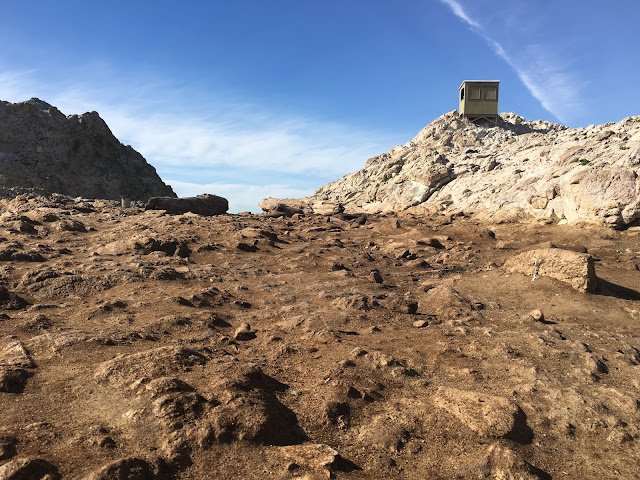 This is where the magic happens. Sand Flat is currently the largest Northern Elephant seal colony on the Farallon Islands where dull moments come few and far between. Sand has ironically become a bit of a rarity on Sand Flat; due to a series of strong storms throughout the last few decades washing mostly all the soft cool sand into the sea, revealing the harsh granite beneath. A common thermoregulatory strategy for Northern elephant seals is to use sand as a way to cool off on those sweltering days. Unable to go to the water for relief without leaving their pup, these animals now rely on the sparse puddles that form from rains, and the occasional ocean spray to cool them. 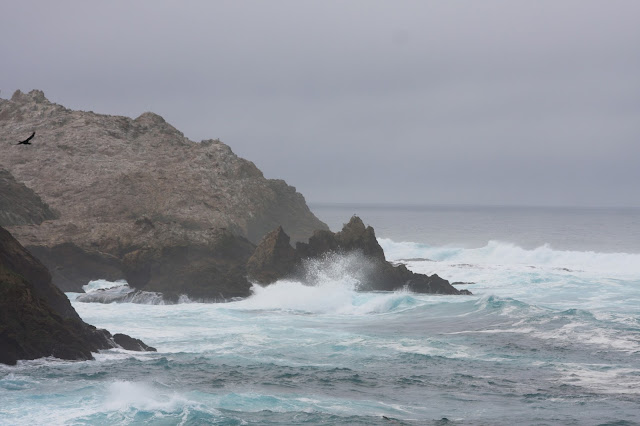 These islets line the northern coast of Main Top Island. While the true origin of their name has been lost to time, all is left is various inconsistent stories and speculation. This is appropriate, as most of my drunk uncles’ stories are also inconsistent and full of speculation. While the name remains a mystery, its inhabitants are not. These islets are mostly home to the sunbathing California sea lion, and the occasional roosting gull. These islets are constantly hit with large wave action, preventing seabirds from breeding on them, and giving the islets their irregular and craggy appearance. 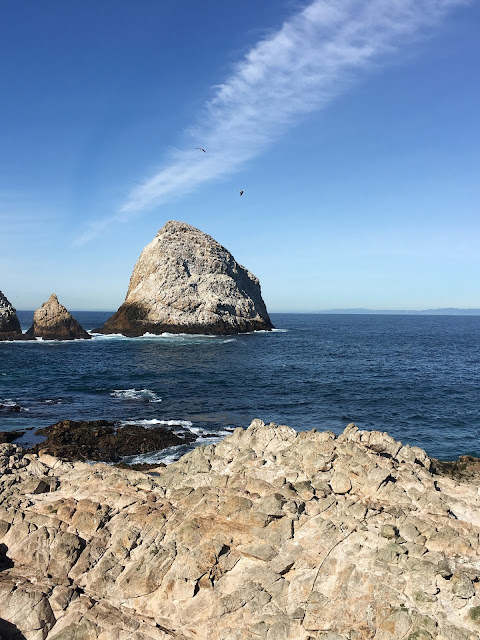 This is the largest Islet within the Southeast Farallons, and with it comes a bustling amount of seabird activity. Sugarloaf’s name is derived from its tall conical shape, resembling a loaf of sugar. This stupendous piece of granite is only a remnant of the volcano it once was. All that remains is the solidified inner core, which has had the external layers washed away by the harsh Farallon wind and wave. This Islet is home to the Northern Gannet, which is the only individual of its species on the entire west coast. However, not all those who wander are lost, as the Gannet shares Sugarloaf with Brown Boobies, and a Blue-Footed Booby both of which share the same family called Sulidae! 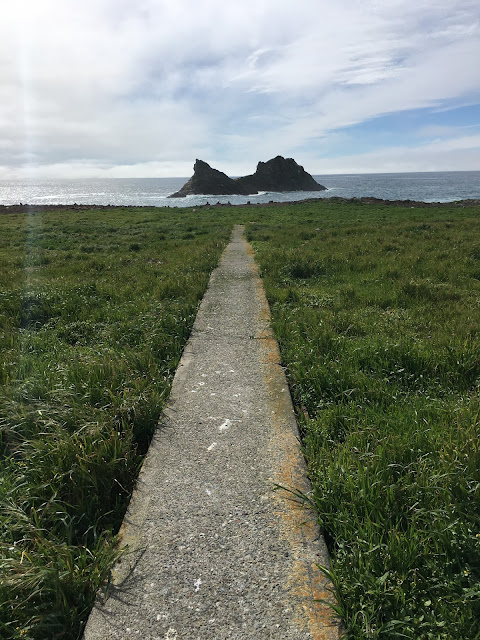 The Road to Nowhere is one of my favorite named Island location. A vestigial path that once led to a Radio Compass House built during World War 2. This tower structure had the capability to contact nearby vessels, who could then determine compass bearing to the radio compass house relative to their position at sea. An incredible resource for a lowly boat on a dark fogged out sea, as we so often have around the islands. The structure was later demolished, with only the concrete slab erupting through the Marine Terrace marks what once was there. Today, salamander surveys are conducted just parallel to the path in which we check under strategically placed wooden boards and recording abundance of the cryptic Farallon arboreal salamander. 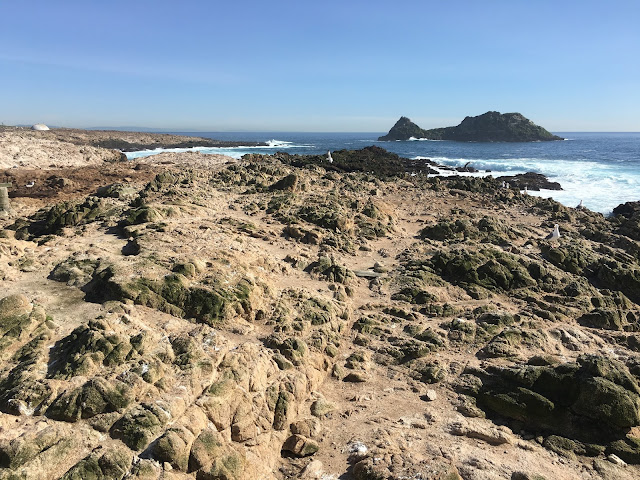 Last Resort, a name that implies a sense of desperation and poor planning. This area is a rocky outcrop adjacent to the Sand Flat colony, where Northern Elephant seals would use as a breeding site if the luxurious sandy locations were claimed by a more punctual pinniped. Last Resort in recent years has become a survey spot for younger males to scan the Sand Flat colony without fear of forceful expulsion by the alpha, allowing the young male to be patient and bide his time. It also inhabits the occasional exploratory weaner, delivering a spacious locale where a weaner can really let loose and sleep uninterrupted of colony happenings and drama. Truly, Last Resort has become a weaner resort that lasts. 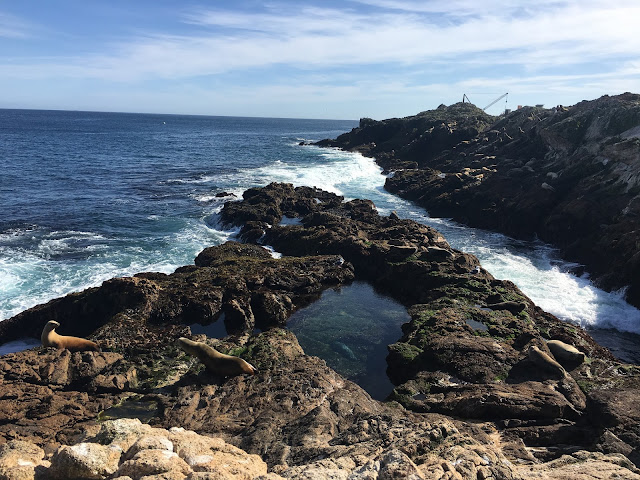 Queen’s bath is among the many areas on the island whose name origins were hidden in time; much in its nature as the tides reveal and conceal this bath, so has its name’s origin. On the opposite side of the island, Emperor’s bath resides; a tide pool that contains California sea lions, looking for a good place to cool off. Queen’s bath has many Harbor Seals and California sea lions lounging around, and within it, looking for a good place to relax and feel the ocean spray. Harbor seals are seen resting while submerged in this pool, and I can only envy their ability to do so. Harbor seals have an incredible ability to fine control their buoyancy, paired with a breath hold that lasts up to 30 minutes, these animals have no problem having a nice nap in Queen’s Bath. 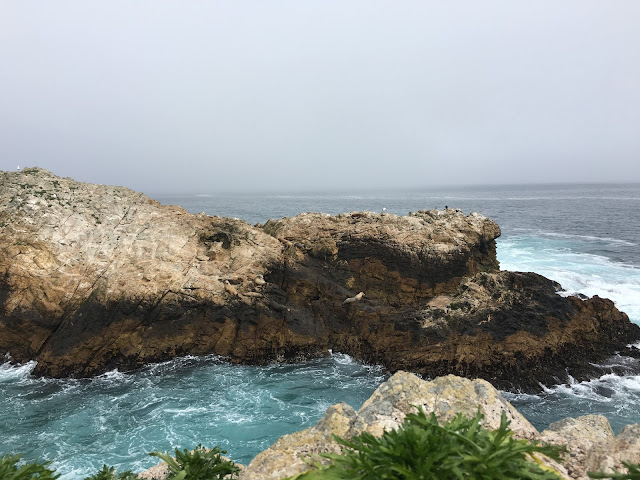 Blowhole Peninsula resides on the Eastern side of the Southeast Farallon Island directly across from our Eastern Boat Landing. Given the right swell height and direction hitting the peninsula, an opening in the rock creates a splash resembling a whale’s spout! The incoming wave travels through a small trough, and given a good amount of force, the spray is projected straight up through the opening giving off a beautiful presentation of ocean mist. 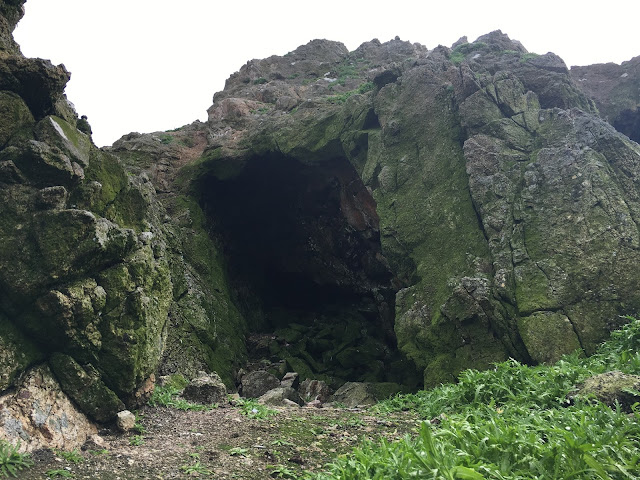 One of the more recently named areas of the Island; Matt Brady, a former Point Blue intern, named Spooky cave in 2006. As more research is being done on the Camel Cricket, a species endemic to the Southeast Farallon islands, this cave is seeing more scientist activity. Camel Crickets are most active at night, allowing scientists to do nighttime surveys of this cave, where each cricket is counted and classified by sex, and age class. These pitch black night surveys have truly accentuated its intriguing, but spooky nature. 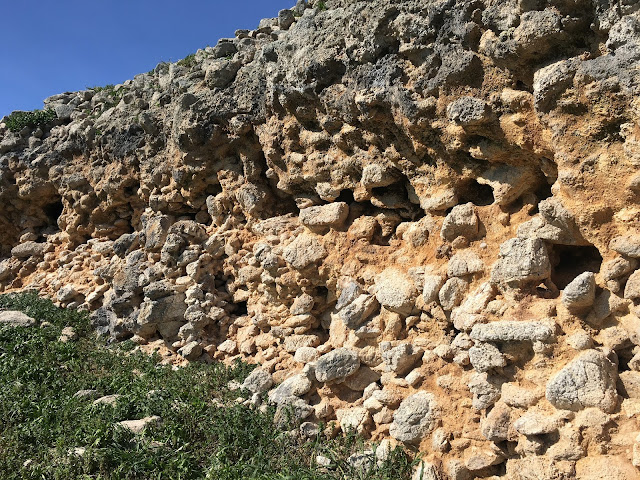 It wasn’t until after 1857 that rabbits became a prevailing invasive species on the Southeast Farallon Islands, and remained a dominant force on the ecosystems for years. These rock structures, as well as the Cave adjacent to the catacombs were perfect areas for rabbits to take shelter in, and were adorned with this vestigial name. The actual rock structure was named for its beautifully interlacing tunnels and small crevices similar to a series of catacombs. The actual rock formation was developed through volcanic origins, involving the rapid expansion, and cooling of the igneous surrounding rock. Followed, was a series of scorching hot lava circulating through weak points of the previously cooled rock, creating the structures we see today. Now, these catacombs are used primarily as Cassins Auklet burrows, but are home to Rhinoceros Auklets, Ashy Storm Petrels and the occasional Burrowing owl who take up residence as well. 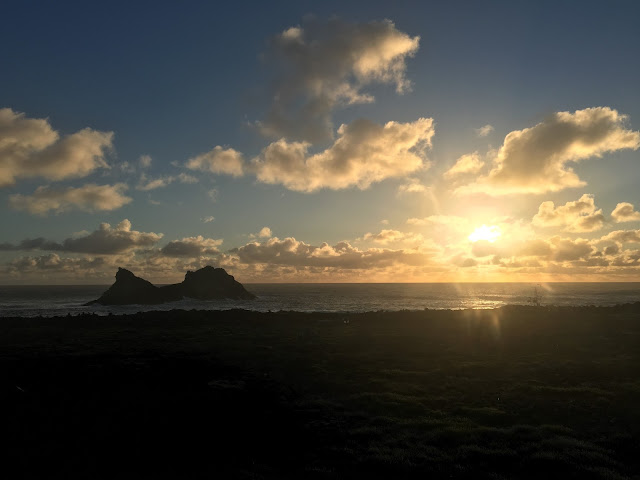 An islet off the southern shore of the Southeast Farallon Island, named for its saddle like shape. It’s previous, and original well-known name was “Seal Rock”. Before the hunting of Northern Fur Seals, this island had been brimming with them and of other various species of pinniped as well. Now, pinnipeds are virtually absent from this gorgeous structure, and because of this, has had its name recently repurposed to a more geologically descriptive name. We hope this rock will once again dawn the presence of the Northern Fur Seal in the future, and as their territory is expanding ever more southerly, it may once again be a seal rock.