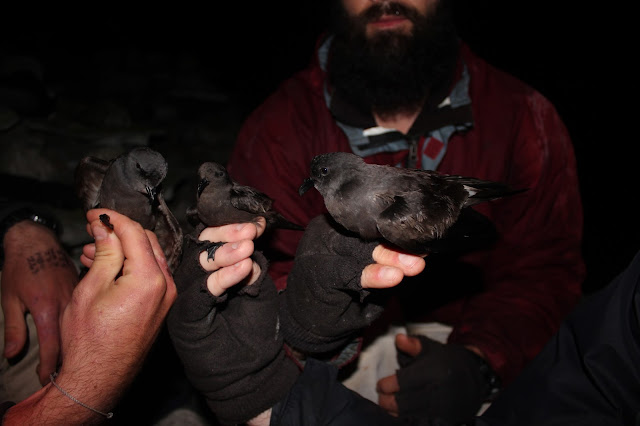 A recent storm-petrel netting effort by biologists on the island has proven once again that sometimes the most exciting discoveries come wrapped in the smallest of packages. At least twice a month, an effort is made on the island to capture and band as many of our breeding Ashy Storm-Petrels in a three-hour period as possible. This amazing long-term data set provides us with estimates of storm-petrel breeding status, survivability, and population size. However, we can only attempt it when weather conditions allow, which can be notoriously fickle in the summer season. After some uncertainty and deliberation, the recent fog that had been blanketing the island finally lifted under a dark and windless sky, and we opened the nets to see what we could capture. Immediately after unfurling the trammels, we started capturing large numbers of Ashy Storm-Petrels, a good precursor of what was come. During a particularly busy stretch, Lead Biologist Pete Warzybok was working the net with two Ashies already in hand when he noticed something small and special caught in the fine mesh. Carefully removing the tiny seabird with practiced hands, he excitedly brought the special specimen down for us all to have a look; a Least Storm-Petrel! 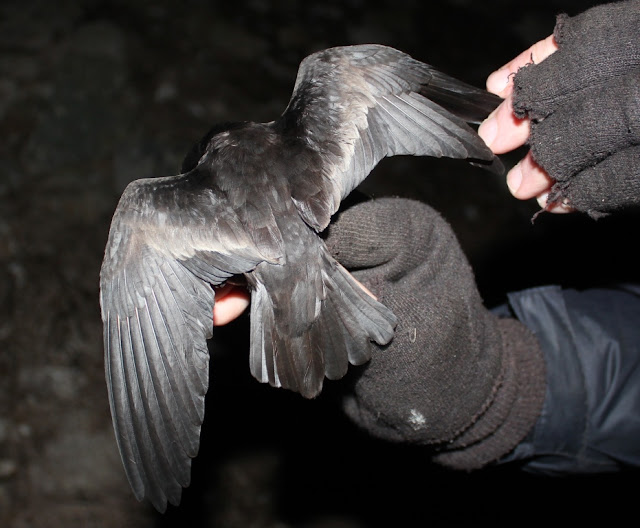 This minuscule seabird, no larger than some sparrows, is an endemic breeder to just a select few islands around Baja California. Typically found over warm waters along the continental shelf, this storm-petrel usually disperses even further south after breeding, from Central America all the way to Peru. Quite a difference from the typically cold California Current! Although not an extreme rarity in the state, with sometimes large numbers found from San Diego up to Monterey Bay, it is irregular, and usually only shows up when surface waters are warm enough to support them. It is certainly a special bird for this place, however, and represents the first record anywhere on the island. As luck would have it, we also captured an uncommon Leach’s Storm-Petrel at the same time, and so had the tremendous pleasure of examining all three species side by side, a truly special gathering of seabirds. After some measurements and photographs, we released the bird back in the night, adding another remarkable record to this already amazing island. 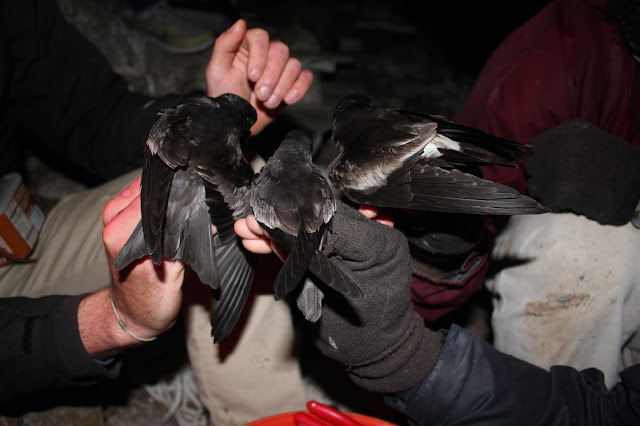 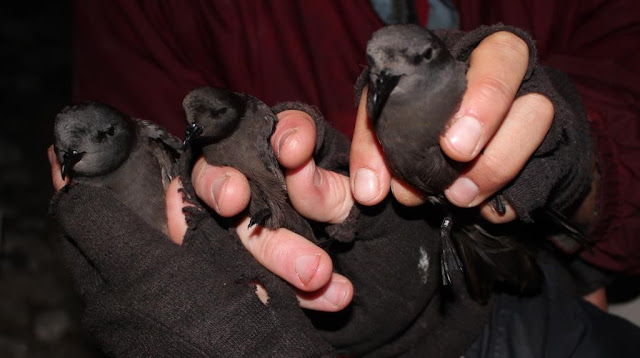