Today is 'Elephant Seal Day' on the Farallones. We celebrate this day to remember January 20, 1972: the birthday of the first elephant seal pup born on the Farallones after over 100 years of absence.

PRBO biologists have been observing the Farallon Islands from our field station on Farallon National Wildlife Refuge since June 7, 1967. Every evening, the biologists write a journal of all the noteworthy happenings on the islands, including the birds, marine mammals, and facilities. Here are a few gleanings from this day in Farallon Journal History. 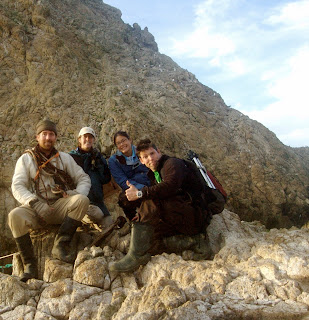 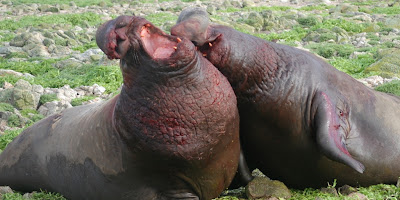 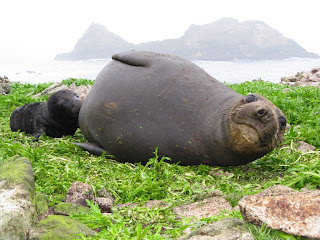 - PRBO staff on the island was: Lewis.
- First elephant seal pup born on SEFI since the species was extirpated and presumed extinct in late 1800s. Female pup was tagged Pink 1.
- Total number of elephant seals on Farallones = 2. 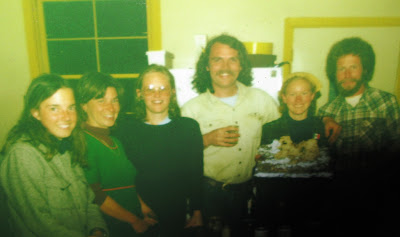 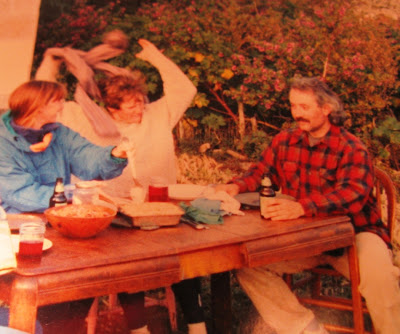 Other noteworthy local events from 1988
- Mandatory rationing of water for 2.1 million residents of the San Francisco area after two consecutive dry winters and a failure of voluntary efforts. 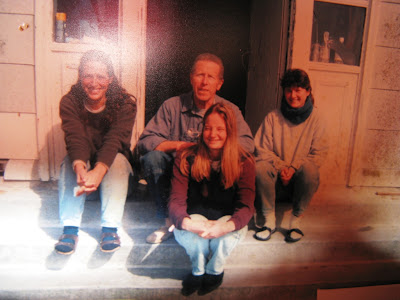 - one of the strongest El Nino events in history brought the wettest San Francisco winter since 1862. 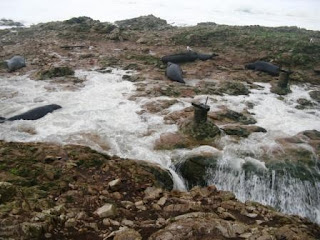 The big swells that accompanied this storm hit us at high tide and flooded areas of the seal colony that are normally high above the waterline. Luckily, few cows are here and none had their pups in the flooded areas of Mirounga Beach. The only pup that did wash away was already dead. 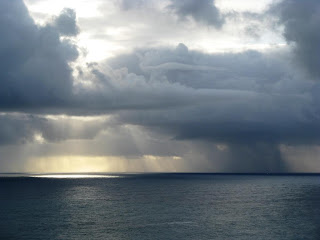 We did manage to collect a bit of rainwater to augment our dwindling supplies, but we're still way below the level we need to serve our needs for the coming year. We survive on rainwater we collect for all our fresh water needs, but last year was dry, and this winter hasn't delivered enough yet to make up our deficit. Even though the mainland received several inches of rainfall, we only got about 1 inch. 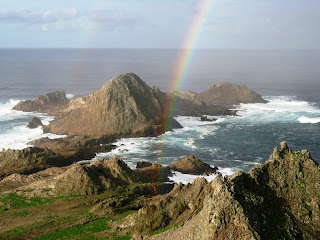 In other news, we've missed our resupply boat due to the rough seas, and we're having to get creative with cabbage and carrots for dinner since these are the only vegetables remaining. Don't worry, we have plenty of food in the pantry and we're saving energy now that the third fridge is empty and unplugged.
2 comments:

End of an Era 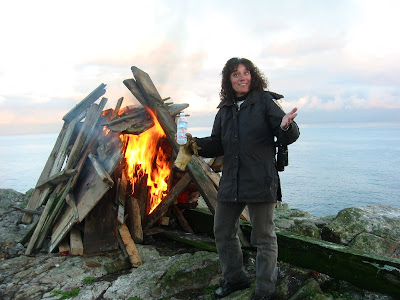 Joelle Buffa, Farallons Refuge Manager for US Fish and Wildlife Service for the past 13 years, is moving on to a new job.

Joelle took the ragtag, limping island facilities where electricity was rare, North Landing a crushing hazard, and water tasted strongly of gull, and she improved every aspect of island life and operations. To list her extensive improvements would take many pages, but a short list of the major projects includes:
Replacing cranky and breakdown plagued generators with 3 new gensets and installing a huge solar power system. Demolishing the ancient, defunct north landing crane and installing a new crane, stairs and landing decks including a new Zodiac. When the Coast Guard suddenly stopped delivering water, she revitalized the 100-year-old rainwater collection system and installed multiple filters, ozone and UV treatment. Replacing the tiny Boston whaler we used for east landing with a burly SAFE boat that vastly enlarged the landing possibilities. Remodeling the Murre house interior and replacing windows and exterior siding for both houses. Rebuilding the dry-stacked masonry lighthouse trail. And more.

Joelle has always worked overtime to protect these unique islands and their precious natural resources. The wildlife has always been her first priority, but a close second was always our safety and comfort. The biologists and interns of the Farallon Program at PRBO Conservation Science have all benefited from Joelle's tireless energy and passion for these islands, and she accomplished all of this without a boat. 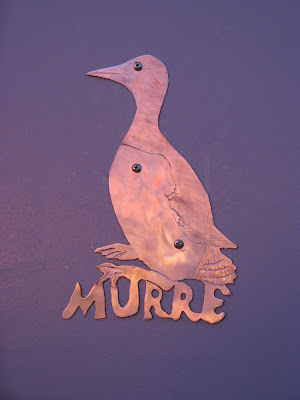 Thank you Joelle, we'll miss you, but will continue to enjoy your legacy for many years.

One last token of Joelle's affection (and her desire to give everything a nickname) was the rechristening of the two houses on the island as 'Murre' and 'Salamander' after two of her favorite island denizens. Accompanying the new names were beautiful original artwork that now adorn the front doors.
1 comment: