Drawing on the the Rock!

This is  third visit I, Sophie Webb, have made to the Rock or South East Farallon Island (SEFI) in the past 12 months ( in the 80's and 90's I worked as a PRBO intern in various programs out here). My last trip to the island was for two weeks in October when the island was drab brown and gray. After the the winter rains the island is returning to the yellow dotted lush green of its springtime Farallon weed cloak.

My stay out here is short in comparison to most of the interns, a mere two weeks. Although this time of year  is considered the “slow” season I have found plenty to do and to look at. My time is split between helping with some of the long term data collection, as all interns here do, and working on my own project, a children’s book about SEFI: the wildlife and the research that goes on here (for 5th grade and up). So I spend a  portion of my day  sketching  and photographing the wildlife.


Most of the focus of this time of year is on the breeding Northern Elephant Seals, so  they are of course the subject of many of my sketches and photos. Their bodies are somewhat amorphous and change shape little, beyond getting incredibly round, (pups),


Their bodies may not change shape much but  elephant seals'  faces are endlessly enthralling. I suppose it is the large liquid brown eyes and the nose that the females and pups can wrinkle up to alter their expression  and  the huge wobbly inflatable proboscis of the male.

First there are the cows: 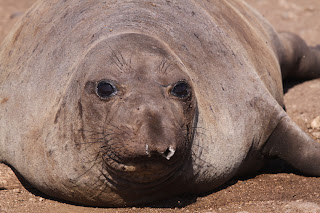 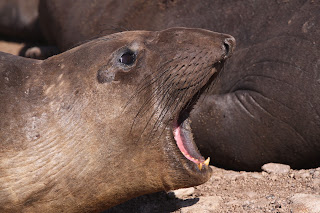 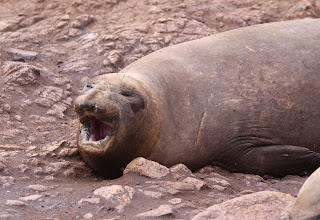 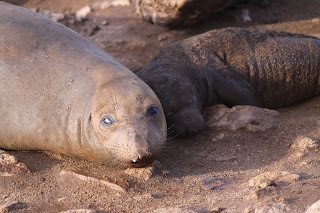 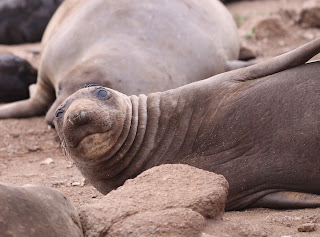 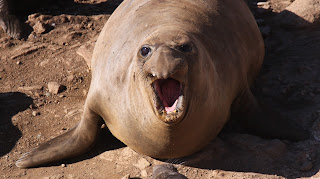 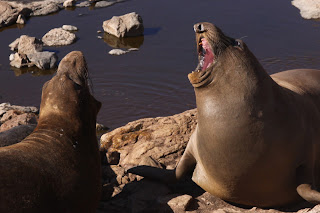 then there are the pups and immatures: 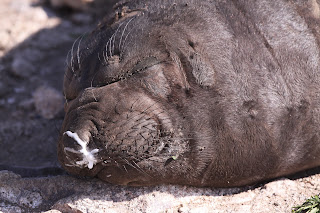 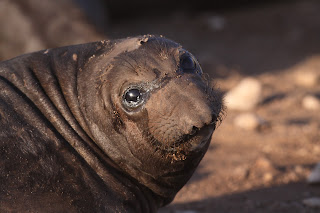 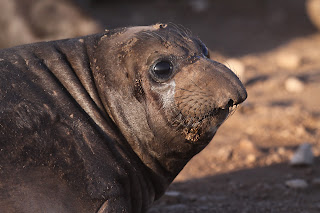 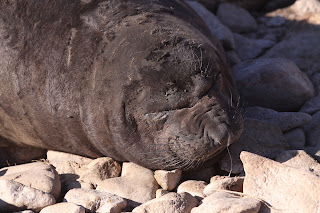 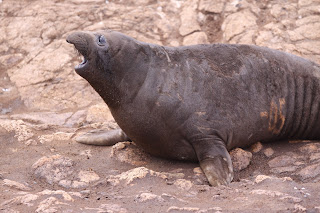 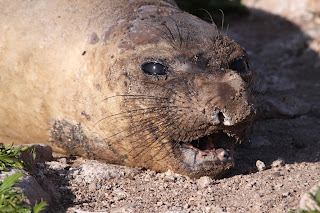 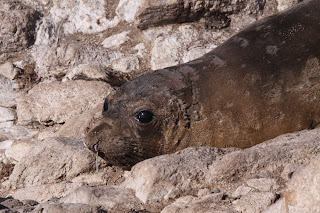 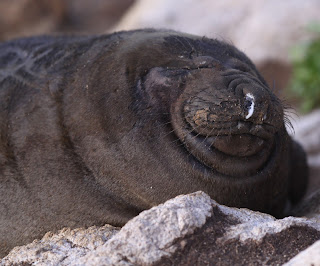 And a few of my sketches of them:

and a few bulls: 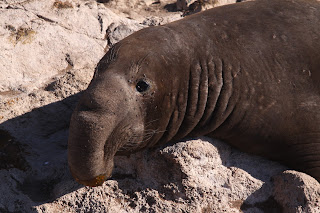 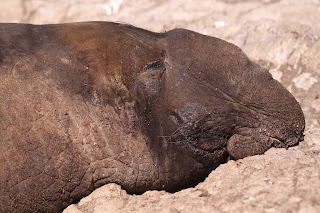 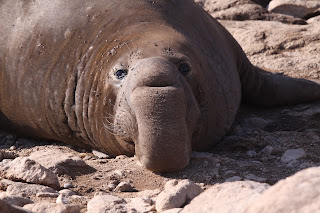 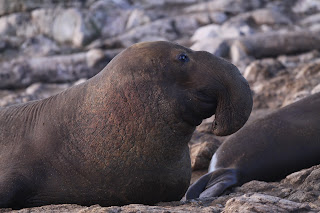 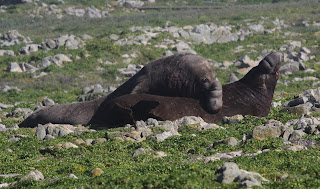 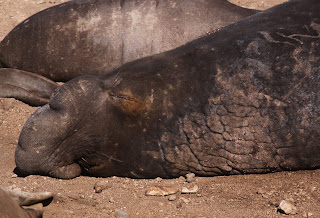 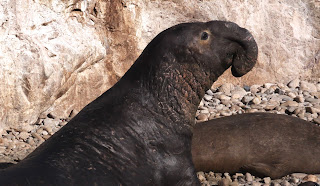 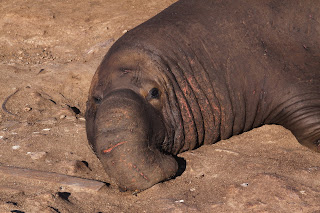 At this time of year not only are there Elephant Seals on SEFI but several of the breeding seabirds begin to   return sporadically  to the island . Most nights since I have been here, the Cassins Auklets have come in to sing to each other (really a racket) and begin to dig their burrows. There is evidence of new excavations all over the island.

On my last night on the island during our friday night camel cricket census:

we surprised a Rhinoceros Auklet with its striking facial plumes,

There are days, who knows what triggers them, when tens of thousands of Common Murres also return, filling up their nesting areas on Shubrick Point and Fertilizer Flat.

Many of the Pelagic Cormorants' facial skin has flushed red and they have the white flank patches of  breeding plumage: a few have begun to fly around the North Landing cliffs with bunches of the Farallon weed they use to build their nests in their beaks.


All around the edge of the island, in the intertidal, Harbor Seals  haul out or play in the water, perhaps the latter pre-copulatory interactions. They will begin pupping in March.


100's of California Sea Lions and Steller Sea Lions  loaf about on the rocks. The air is filled with the noise of their constant barking and growling:

Unlike the elephant seals it is the odd shape of the sea lions' bodies that I find interesting to draw, their faces are lovely but not nearly as plastic as those of the elephant seals. The same is true for the Northern Fur Seals that we saw on our visit to West End. I like in particular how their long floppy flippers fold and droop. Although I think the fur seals long whiskers and aggressive attitude make their faces somewhat more expressive than the California Sea Lions or perhaps it's simply that they  are more interesting by being less common.


Several species of shorebirds make the Farallones their winter quarters

Birds do not solely find refuge on the island itself but 100's of Eared Grebes spend the winter on the surrounding ocean  as do Pacific Loons and a few ducks.


At this time of year  there are still a few landbirds about, some Audubon's Warblers, a couple Fox sparrows, several Black Phoebes and Rock Wrens and at least four Peregrine Falcons. One odd bird  that I believe has been here since early November is a Rough Legged Hawk. It spends its time soaring around or perching on Tower Point. Now that most of the mice seem to be gone, I wonder what it is eating?


This blog entry brings my time on the Farallones to a close. It has been a wonderful  two weeks of fine weather,  wildlife and the good company of Ryan Berger, the PRBO Farallon biologist, and the two winter interns Erin Pickett and Nick Sisson.

The Northern  Elephant Seal seal cows are leaving, weaning their pups to begin their"winter" as the seabirds slowly begin to ramp up to their breeding season. The Farallones is a remarkable place, year round it teams with life and the unexpected. Plus where else could one see Northern Fulmar, Northern Fur Seal, Northern Elephant Seal and Northern Gannet all in a single day!