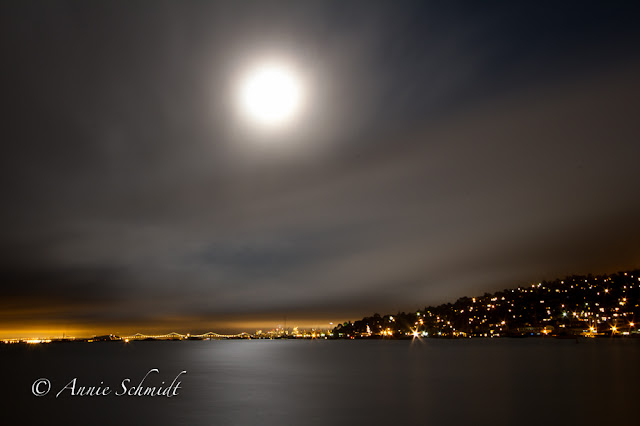 Only a few weeks left for the seabird season. Keep up to date with your daily photo!
http://farallonphoto.blogspot.com/

Sefi has shorebirds too!

On Southeast Farallon Island there are 12 different breeding species of seabirds, many of which have been profiled on this blog. However, there is one species that has not been showcased yet, the Black Oystercatcher. Oystercatchers are the only breeding shorebird on the Farallones, nesting primarily along the rocky margin of the island just above the reach of the surf.  One of my projects is to observe the birds in order to determine the number of active breeding sites and the total number of chicks produced on the island. A site is considered active based on different behaviors, including nest building, defending a territory, carrying prey items to the nest sites, or seeing a chick. However, finding the birds and their nest sites can be quite challenging and an exercise in patience. Oystercatchers are cryptic, build inconspicuous nests and are often hidden behind rocks or logs.  I spend many hours scanning the shoreline for signs of activity and attempting to locate territories, nests and chicks. There are roughly 26 active sites on the island this season. Here are some observations from one in particular but first let’s have a quiz!
Here is a photo of the site, can you find the Black Oystercatcher?

We are not able to visit most of the areas where the Oystercatchers breed because it causes disturbance to other species, so most of my observations are done with a spotting scope from the top of Lighthouse Hill. This view is typically what I see through a telescope. To locate the bird I look for clues such as body shape, size, color (the orange bill and flesh toned legs) and movement. Sometimes I can observe a site for ten minutes before one magically appears!
In the first two weeks of observations, I noted two birds were flying as a pair in the territory. Occasionally I witnessed the pair defending the area, flying aggressively towards any Western Gull that happened by. In the third week I found one preening but also alert for approaching threats. At one point the bird wandered in the area and a second oystercatcher stood up. Quickly, the first bird sat down in the same spot. Was this the nest site? I continued to observe the area hoping to see a nest or eggs. The bird sat still the entire time and I never saw the nest or eggs that day!

Since they build a nest that is not always visible, I made a few notes in my notebook on how I could relocate the site. Black Oystercatchers do not build a typical nest. Instead they create a scrape. A scrape is formed when a bird presses their body against rocks or dirt. They may also use their feet to excavate extra dirt. They generally build their nest near the intertidal zone. This area is a great place to find food! On the Farallones oystercatchers enjoy eating limpets, chitons, California mussel, crabs, sea urchins, barnacles and various types of worms.

I never saw any eggs at this site during my observations but that is normal for many sites. The eggs are difficult to see because they blend in with the environment. They tend to be cream colored with brownish black markings. The color and markings help hide the eggs from predators and from the research assistant. A clutch size can range from one to four eggs.

A few checks later I wondered if I would finally see any chicks. It had been about twenty-five days since I first saw the mate switch. The incubation period is about 26 to 32 days. I focused the scope and began my search.  I found one Black Oystercatcher sitting, so I waited and waited ……..and then…. an adult bird flew into the site! I noticed that the bill seemed longer and I realized it held a prey item. Out of nowhere a small downy black chick appeared and quickly ate the food! Just as quickly the chick disappeared behind a rock! I continued watching the sight and saw a total of three chicks.

I only have a few weeks left on the island and I look forward to watching the chicks grow. The adults will continue to bring food to the chicks until they are able to forage for themselves. Around day two they are able to walk and by day forty they can fly. However the chicks will remain within the territory until the fall.

Now back to the quiz. Could you find the oystercatcher? There are actually two birds in this photograph! One bird is standing guard and is looking for Western Gulls and Brandt’s Cormorants to scare off. The second bird is incubating the eggs.