Orange is the new bill - The "uncommon" murre

We all thought we had "crazy eyes" when this bird was first sighted by summer research assistant Brad Wilkinson at our Common murre colony on Shubrick Point. But sure enough this "uncommon" trait within murres popped up among the sea of black and white. Point Blue's Farallon Biologist, Pete Warzybok, who has spent 17 season researching seabirds on the islands put this phenomenon into perspective. Since his time on the island the murre population has grown from roughly 60,000 birds to an impressive 250,000 birds and this is only the second instance where an orange billed murre has been documented. Now that we know its location its peachy colored bill and feet are easily seen from a distance and it's been fun to keep tabs on this bird so far this season. It does appear that it has a mate but we have not seen the pair incubating an egg. We will continue to monitor this bird as the season progresses. 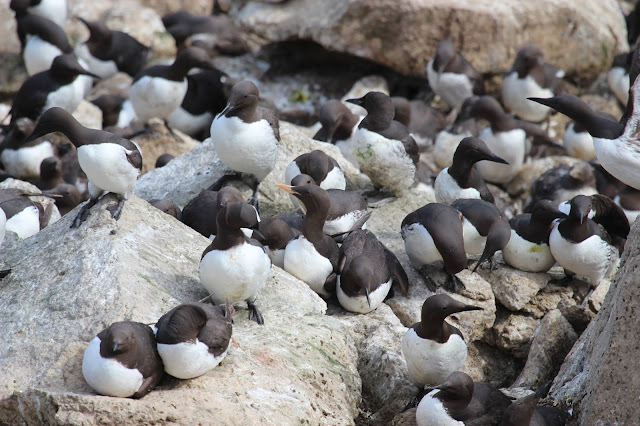 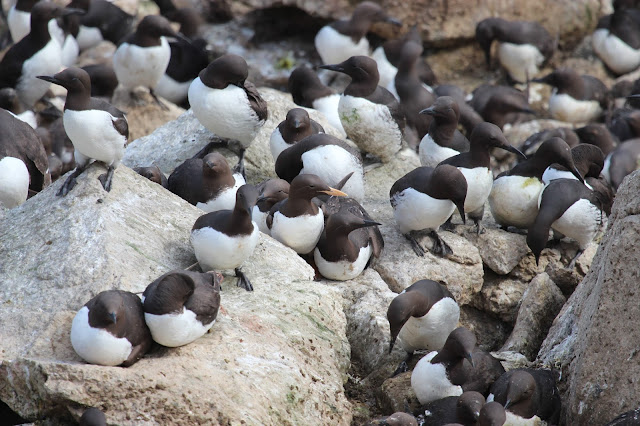 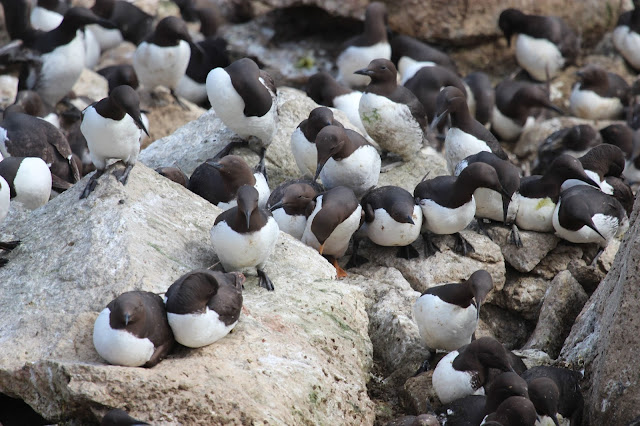 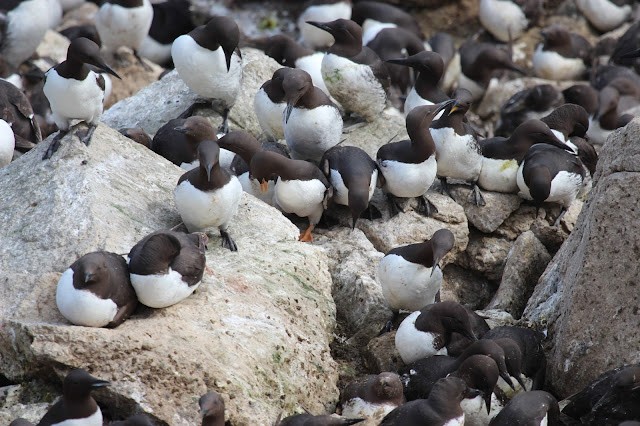 But sometimes you just can't go wrong with dressing in all black! The below picture shows another rarity in the color morph of Common murres. This all black bird that was photographed by research assistant Lindsey Broadus at the Sea Lion Cove colony may be an even rarer trait within the population compared to the orange billed murre. Pete said that this is the first documentation of a black murre on the islands and the only other record he is aware of was recorded during Point Blue's ACCESS cruises. Two interesting color morphs in one season! 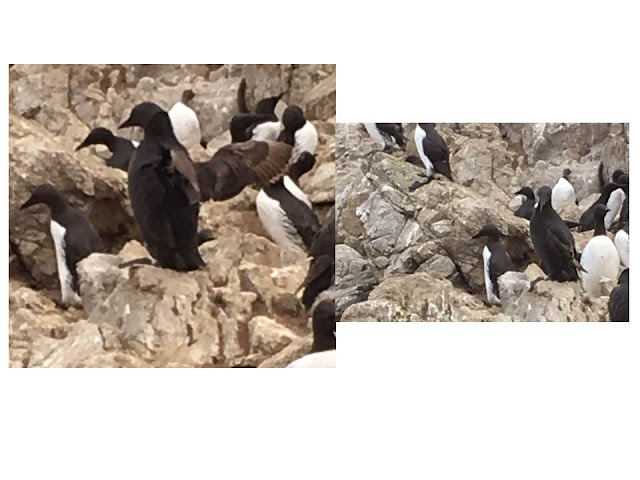