Seabirds to Shorebirds and Landbirds: A Farallon Transition 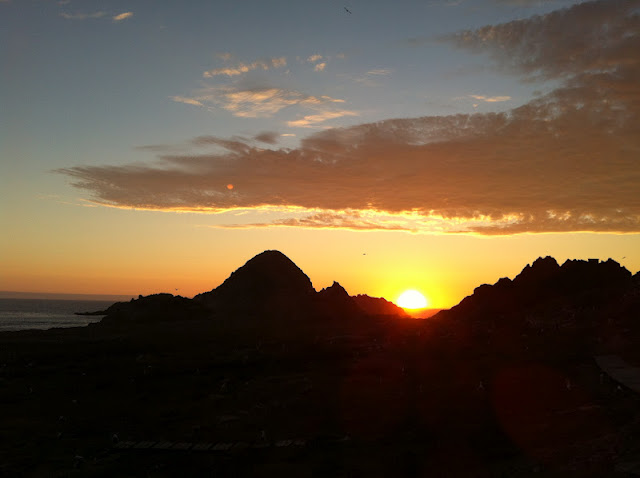 As the end of August approaches, so does the conclusion of the Farallon seabird season.  After about 6 months of being inhabited by several hundred thousand birds, the island environment is dramatically changing.  While the seabirds may be leaving, large numbers of elephant seals and several species of migrating land-birds are arriving; marking the beginning of the land-bird and white shark season.

As the late-season seabird intern, I am fortunate to be currently witnessing these changes.  By the time I arrived on the island in early July, the Common Murre chicks were already fledging, and most of the auklet, oystercatcher, gull, and guillemot chicks were well on their way towards being mostly feathered.  Days were spent vigorously banding chicks, conducting diet surveys, and doing our best to protect ourselves from the angry gulls and their grenade-like guano.  Nights were spent mist-netting storm-petrels and Rhinoceros Auklets (see previous blog post).

When we weren’t netting, we were spending our evenings either baking pies or cramming ourselves into the murre blind to watch the chicks fledge.  While this was for fun, it became quite the sporting event.  Common Murres nest on cliffs and rocky out-croppings; therefore, when a chick is ready to fledge, it usually has to make quite the leap of faith to reach the water.  It is crucial for chicks to reach the water as quickly as possible because of the high probability of a gull snatching them up.  The male adult will guide the chick to the edge of the cliff and either gently nudge it over the edge, or fly down to the water to wait for it to dive in.  In the spirit of this summer’s Olympics, we decided to judge each fledge similarly to professional divers.  Each fledgling was rated on a scale from 1-10 based on two categories: accuracy (how skillfully did the chick reach the water?) and creativity (we liked to give those that made things exciting a little credit).   Some fledglings would gracefully glide all the way to the water despite their nubbin-like wings providing minimal control (a great accuracy score).  Others would do a series of somersaults and tumbles down the cliff that theoretically, should have resulted in death.  However, these courageous little guys would bounce up and somehow make it into the water (definite high creativity score).  Each dive a chick made was often accompanied with “ooo’s” and “ahh’s” or “oh noooooo’s” from the crowd gathered in the blind.  I am happy to report that the majority of fledglings were successful and received scores well over five.

However, due to chicks fledging and most of the breeding birds leaving the island, field work over the past few weeks has dramatically slowed down.  So what exactly have we done in that time?

The last two weeks were spent not only packing and preparing for the seasonal crew switch, but also conducting the late season census of Tufted Puffins.  The purpose of this census was not only to obtain an estimate of the island population, but to determine the number of breeding adults and their nest site locations.  Several areas around the island in which puffins had been observed earlier in the seabird season, were surveyed and active nesting sites were determined.  Tufted Puffins live on rocky hillsides and cliffs and build their nests in deep crevices.  Because of crevice depth and location, puffin nests are inaccessible to the biologists.  Therefore, we designate active sites based on consistent adult presence and chick feedings (a bird is seen entering a crevice with fish in its beak).   Over 120 active sites and 240 breeding pairs were observed this year! 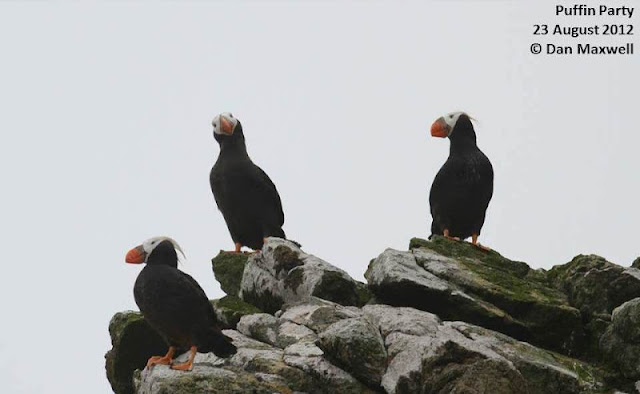 This past weekend, the last of this summer’s seabird crew (minus me) departed the island.  Meaning, my current duties are to finish all late season surveys.  These include weighing and banding the last few Pigeon Guillemot and Rhinoceros Auklet chicks before they fledge, and continuing the breeding surveys for Ashy Storm Petrels and the Cassin’s Auklets that have relayed.  Cassin’s relays are quite unusual and the Farallones are one of the few locations that this species attempts to have a second brood.

Although seabird surveys will be concluded soon, the fall crew is hard at work surveying and mist-netting migrating land-birds.  Shorebirds such as Wandering Tattlers, Ruddy and Black Turnstones, Pacific Golden-Plover, Whimbrels, and several species of sandpipers have been seen.  Brown-headed cowbirds, Wilson’s Warblers, Northern Rough-winged Swallows, and two Blue Grosbeaks are also among the several migrant species that have arrived on the island in the past few days.  Most notably, a Ruff was seen a few days ago.  This is only the second island record for this Eurasian species!  With the continuous fog we have been having, we have not seen quite the wave of birds we are hoping for…yet.  The weather has cleared up today though, and the fall biologists are out conducting surveys at this very moment. 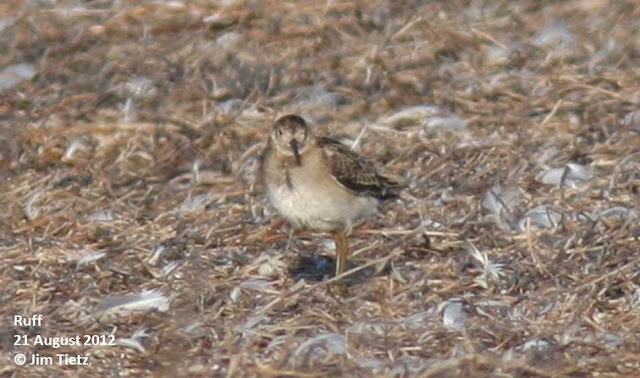 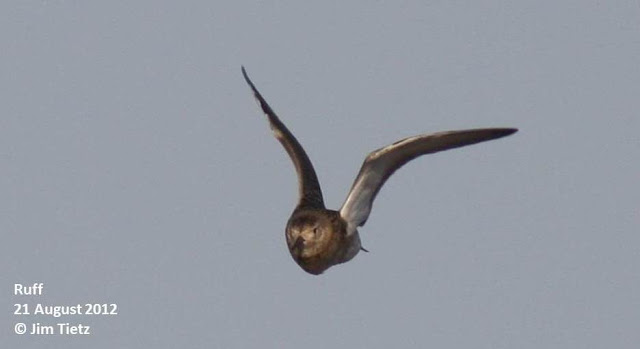 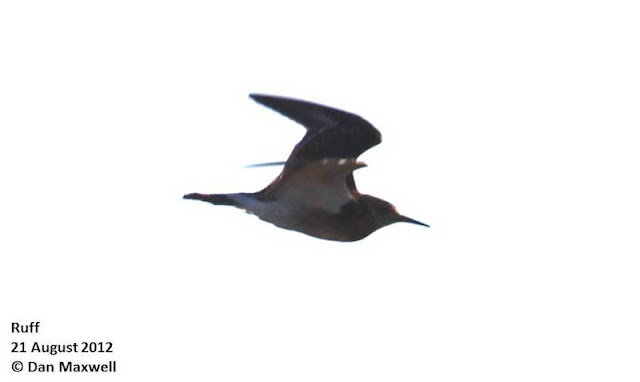 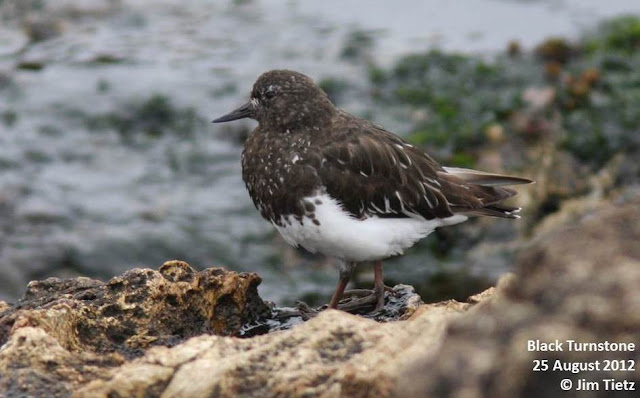 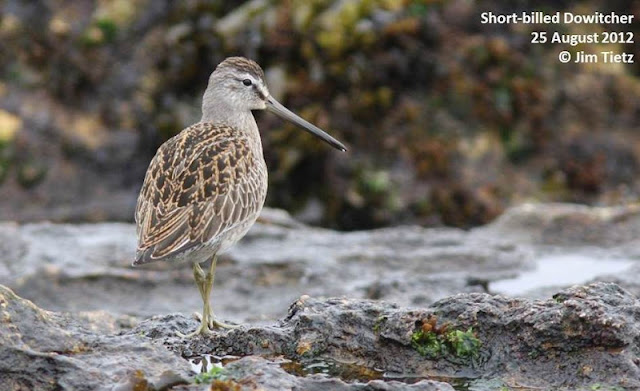 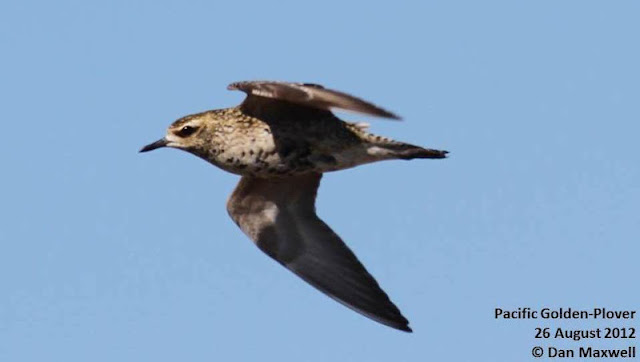 I have two weeks left on the island and I’m quite anxious to see what will happen next.  Just when you think you’ve seen everything, something new ALWAYS happens.  The Farallon Islands are a very wild and unique place where life is simple and is governed by the nature around it.    I am not quite sure whether I will be re-entering the real world of the mainland, or leaving it behind on the Farallones.